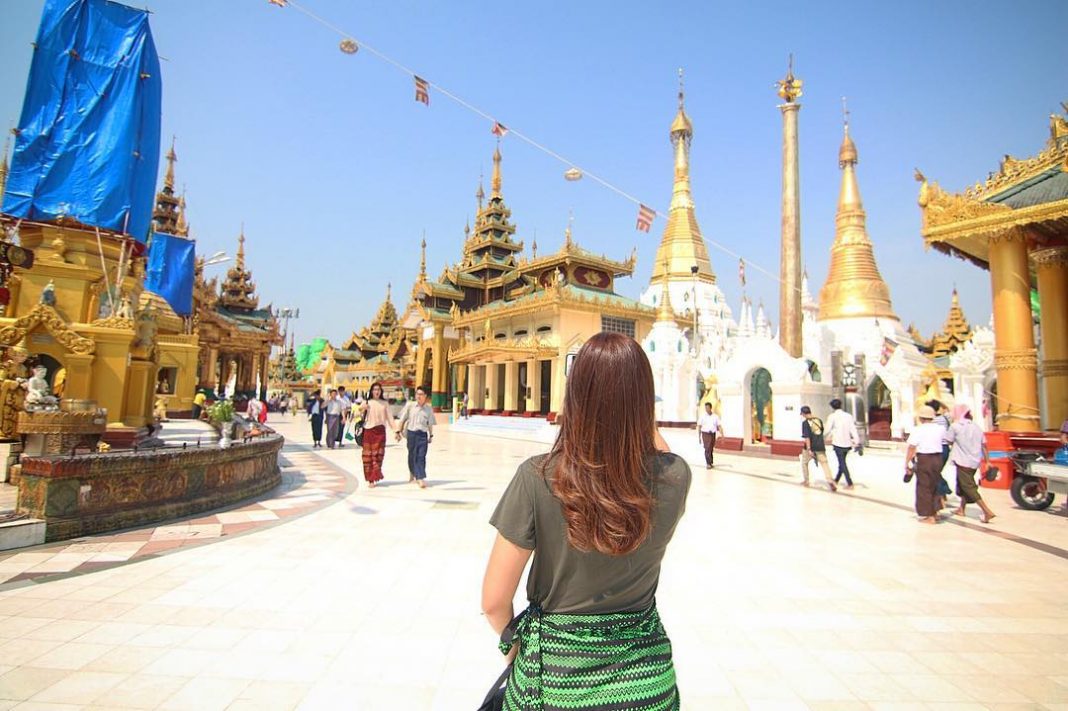 Are you a devoted Buddhist looking out for the next destination for your pilgrimage? Or are you simply taking an interest in admiring the grandeur of extravagant Buddhist sites? From the golden land of Thailand to the mysterious islands of Sri Lanka, Asia has proven time and again to be one of, if not the best sanctuary for Buddhist followers from all over the world. Each site carries its own charms and vibes, igniting in its devotees a heightened spiritual value in these sacred places. Feeling inspired? Read more to find out the best pilgrimage spots in Asia!

Spread across an area over 150 hectares is the Royal Grand Hall of Buddhism in Hyogo prefecture, Japan. It is considered to be one of the largest Buddhist sites in the world.

Surrounded by 8 mountains, just like the familiar 8 petals lotus flower symbol of Buddhism, the Royal Grand Hall quietly embraces visitors to linger a bit longer and explore world-record heritage sites, such as the Five-storey Pagoda, Prince Shotoku Hall, or the Japanese Grand Bell. Interestingly, right beneath the Five-storey Pagoda is the Five-Hundred Arhats park. This is a stone sculpture park vividly showing the images of life-sized Arhat statues.

As one of the “hidden gems” of the Indian Ocean, Sri Lanka – the home to many Buddhist shrines and temples, is a pilgrimage destination you should not miss. This island nation, though small, is thriving with many sacred ancient relics of Buddhism. One of which is Sri Dalada Maligawa, or the Temple Of The Sacred Tooth Relic in the former Kingdom of Kandy, Sri Lanka.

This temple protects the relic of the tooth of the Buddha. Specifically, an ancient legend tells the story of this sacred relic: whoever holds the relic, holds the governance of the country. Being the last capital of Sri Lanka, Kandy has become a World Heritage Site mainly due to Sri Dalada Maligawa. Sri Lanka also has two other UNESCO accredited sites – Dambulla Cave Temple and Sigiriya Stone Fortress. If you’re a true wanderlust like us, exploring these travel points is a must in your itinerary!

Springtime in Bhutan lasts from early March to late May. This is the peak season for tourism and the best season of the year in Bhutan. If you have the chance to visit this “happiest country on the planet”, don’t miss the opportunity to discover the Himalayan Buddhist cultural heritage. This is the only tradition left in the capital Thimphu and the ancient capital of Punakha.

Come to Bhutan and explore Paro Taktsang (Tiger’s Nest). The place is tied to the life of Guru Padmasambhava. He was the one who introduced Buddhism to Bhutan and is the prime deity of the country. Additionally, the sacred temple is on the cliffside of the upper Paro valley. This is also the best spot where you can observe the most enchanting natural landscape of Bhutan. Beautiful green valleys spreading across the horizon, flower fields blooming in all kinds of colors in the palette, … all create a breathtaking panoramic scene of Bhutan.

Being heralded as the “Golden Land” of Buddhism, Shwedagon Pagoda, officially named as Shwedagon Zedi Daw, referred to as the Great Dagon Pagoda or the Golden Pagoda, is the most sacred spot amongst Yangon locals. It is a 99 meters tall gilded stupa on Singuttara Hill, west of Kandawgyi Lake and dominates the whole Yangon skyline.

Many believe that Shwedagon Pagoda contains relics of the four previous Buddhas of the kalpas in present time. These include the water filter of Konagamana, the staff of Kakusandha, eight strands of hair from the head of Gautama, and a piece of rope of Kassapa.

Upon visiting, Burmese people and other Buddhist devotees often choose to walk around the pagoda in a clockwise direction as a way of showing respect. Inside the pagoda, there are 7 water tanks corresponding to the seven astrological planets and seven days of the week. This is where devotees often come to bath the Buddha statues.

Fun fact: President Obama came to Shwedagon Pagoda to bath the Buddha statue at the Friday planetary post in his previous visit to Myanmar!

We recommend you join a half-day walking tour to this alluring Buddhist spot. You will experience not only the marvelous view of Shwedagon Pagoda, but also the exciting local activities that come along!

Side trip to the Golden Rock Pagoda (Mon State, Myanmar)

If you have already crossed Shwedagon Pagoda out of your bucket list, then joining a day trip to the Golden Rock in Kyaikhtiyo Pagoda is another great option to consider! Legend tells that the Hermit enshrines Buddha’s hair relics in this high pagoda situated on top of the 50-feet tall circumference stone 2500 years ago.

The pagoda is the third most important Buddhist pilgrimage site in Myanmar, coming just after the Shwedagon Pagoda and the Mahamuni Pagoda. Explore the platform of Kyaikhtiyo Pagoda where you can have a magnificent view of nature. You can also make a wish by sticking gold leaves to the Golden Rock, enjoying fresh & pleasant moments in your body & soul!

As the land of sacred religions, everywhere in Thailand you can spot grand stupas and monks in their golden robes. It would be a huge miss not mentioning the Temple of the Emerald Buddha (Wat Phra Kaew). It is located in the northeast corner, forming a unified whole of the Grand Palace in Bangkok city. The temple was built in 1784 as a place to worship the Emerald Buddha and organize religious rituals of the Royal Thai family. Furthermore, the temple is intricately designed and is a fine representation of Bangkok’s “City of Angels” name. Furthermore, it is home to the most sacred image of Buddha in Thailand.

Wat Phra Kaew houses the statue of the greatly revered Emerald Buddha. According to legend, the Emerald Buddha originated from India and would bring good fortune and prosperity to each country in which it resides. The Emerald Buddha came to Thailand during the 18th century and since then has become a protector of this country.

You can join a short day trip with a trusted local guide to get the most out of Thai traditions and Buddhist faith of the country. On the other hand, if you’re into a more mythical and intimate vibe, a private half-day Grand Palace and Wat Phra Kaew tour in the afternoon is ideal. Bangkok also has tons of other Buddhist templesworth checking out as well!

If Myanmar has the Golden Pagoda, then Cambodia is home to the Silver Pagoda. Similar to Wat Phra Kaew, the pagoda is right inside Cambodia’s Royal Palace. The place is sprinkled with regal structures, grand temples, splendid gifts from foreign leaders and murals that paint a lively picture of Cambodia’s past. The Royal Palace not only holds great cultural and historical importance but also religious significance with the Silver Pagoda.

First built in 1892 under King Norodom’s reign, the Silver Pagoda has undergone several historical changes in the past. Despite this, it still carries unique charms and extravagance decoration like no others. The floor layers with tons of silver, spreading across thousands of tiles. Inside is a life-sized gold Buddha which adorns itself with over two thousand pieces of diamond. Additionally, lining up on the walls are golden Buddha statues, traditional masks used in classical dances and ancient art paying tribute to Cambodia’s rich culture.

The Silver Pagoda is a great destination for a full day Phnom Penh city discovery tour. Plus many devoted pilgrims often choose Phnom Penh and the Silver Pagoda as a side trip from their journey around the Southern region of Vietnam as well. 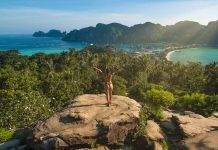