Home Vietnam Hue Hue Citadel: A Journey Back in Time to Learn About The Last...

In the poetic city of Hue, Vietnam, there is a massive ancient complex featuring hundreds of palaces and monuments that is listed as a UNESCO Cultural Heritage Site. If you are planning a visit to Hue, do not miss out on the chance to explore the impressive architecture of Hue Citadel, and the long-lasting history it has witnessed, through the eyes of an insider.﻿

Top things to do in Hue
Check out!

Overview of the Hue Citadel

From then on, Hue was the administrative and military center for 140 years until President Ho Chi Minh set up the new communist government in Hanoi. Nowadays, Hue citadel still retains many architectural works, temples, and palaces with outstanding cultural and architectural values. So, if you could stop by for one day, exploring the Hue ancient capital with a local expert from Inspitrip is a wise time-saving choice.

The Nguyen Dynasty (1802 – 1945) was formed after the accession of Emperor Gia Long (former name is Nguyen Anh). After King Quang Trung (Gia Long’s predecessor) passed away in 1792, Nguyen Anh overthrew Quang Trung’ Dynasty and acceded to the throne in 1802.

With the geographically beneficial location, from the very beginning, Hue had suffered from the regular attacks by neighboring kingdoms – the Champa and the Khmer. Inevitably, Nguyen Dynasty saw many ups and downs of history, including four different name changes for the country: Nam Viet (1802- 1804), Viet Nam and Dai (large) Viet Nam (1804 – 1839) and finally Dai Nam from 1839. The Nguyen Dynasty can be split into two significant periods:

The end of the Nguyen Dynasty marked the start of an era of Western domination.

The structure of Hue Citadel

The Citadel of Hue was built on a huge surface of 520ha, headed south, consisting of three circles of ramparts. All buildings are harmonious with nature, lakes, flower gardens, stone bridges, etc. in a “scallop style”.

After Emperor Gia Long took the crown in 1802, he ordered a new fortress and residential palace for the royal family. It took them nearly 30 years, from 1805 to 1832 to build the new Hue Citadel that met the demand of Emperor Gia Long: square in shape, almost 10 kilometers in circumference, 6.6 meters high, and with 10 entrances. Not just that, the complex also has 24 bastions on top of the surrounding walls for defensive purposes. Surprisingly, this 520ha citadel has maintained its original integrity with almost 140 small and large construction over the last two centuries.

One of the landmarks of Hue’s ancient Imperial Complex is the Hue flag monument. Located in front of the South Gate (Meridian Gate), it is a huge structure of three flat-top pyramids, one lying on top of another. It was built during Emperor Gia Long reign, in 1807, and later renovated by his son, Emperor Minh Mang. The flag-tower is 17.40 m high and consists of three terraces. Originally, the 29.52 m flag-staff was made of wood. But the flag-staff we see today is a 21 m concrete staff that was erected in 1948.

At this place on August 25th, 1945, a rally was held to celebrate the exchange of the seal of the King. Emperor Bao Dai abdicated before the delegation of the Central Government. That marked the end of feudalism enduring thousands of years in Vietnam.

Now we are going to the second rampart of Hue Citadel, the most important part: the Royal Citadel (Hoang Thanh). The construction of this square-shaped Royal Citadel started in 1804 and finally finished in 1833, under the reign of Emperor Minh Mang. The function of this citadel was to protect the important palaces of the imperial court, the temples of the Nguyen ancestors and shield the Forbidden Citadel – a residential place dedicated to the king and the royal family.

From the ground, stone stairs lead to the upper level: the “Five Phoenix Pavilion” (Lau Ngu Phung). The elaborate pavilion has a frame made entirely of ironwood with 100 columns. The roof of the upper floor is divided into nine sets with a lot of ornamental birds on the edge. This was the place for the Emperors to watch troop movements.

Located in the East of Royal Citadel, Hien Nhon gate was built in 1805, under the reign of Emperor Gia Long. By the time of Emperor Minh Mang, in 1833, the door was machined with decorative terracotta pieces. In the past, mandarins and men got into the Citadel through Hien Nhon Door. But now, only staffs of the Hue Capital Conservation Center use this door, except for festival days when there are a large number of tourists visiting.

Going to the center of Hue citadel, you can see Thai Hoa Palace, where the coronation of the Nguyen Emperors occurred. This place was where the Emperor, his royal family, and mandarins attended important court ceremonies. Therefore, it was considered the most important building in the Imperial Citadel.

Thai Hoa Palace catches our eyes with its unique roofs – two roofs overlapping with each other.  In front of Thai Hoa Palace is the Great Court. This was where the mandarins attend the ceremonies and festivals held by the Emperor. Inside the Palace is even more marvelous with 80 golden iron pillars, dragon patterns, and hundreds of Chinese poems.

If you have come this far, you must see inside the Forbidden Citadel, which the locals call Tu Cam Thanh. Emperor Gia Long ordered the construction of this Royal’s residential area in 1804 and then renovated it several more times.

The Forbidden Citadel consists of various architectural constructions of different sizes and functions. For examples Dai Cung Mon (the Great Palace Gate) is in the front side, only reserved for the Kings; Can Chanh Palace was the place for daily working of Emperors; Can Thanh (Emperor’s Private Palace) and Khon Thai Residence were only for the Queens.

Another important but fascinating, picturesque part of the Hue’s Forbidden City is a hallway or “truong lang”. According to researchers, this passage contained 23 corridors with a total length of 903 meters. Hue Citadel Preservation Center has complied strictly with  UNESCO to restore this heritage for the last ten years. Nowadays, truong lang is also the place to exhibit hundreds of documentary images and poems of Emperor Minh Mang

Duyet Thi Duong was a theater for the Emperor, his royal family, the servants and sometimes for the guests and envoys. Tuong is often referred to classical Vietnamese opera, which combines dance, song, and poetry. Dao Duy Tu, the musician set the foundation for the art of Tuong, served under the Nguyen Dynasty. Tuong plays were favored by many Nguyen Emperors. Duyet Thi Duong is considered the oldest theater of the Vietnam theater industry.

Know before you go

Hue’s climate is hot and humid all year round. But in case you can arrange your trip between February and April, you’ll most likely encounter cooler and drier climate. In April and June every leap year, there will be Hue Festivals along with many traditional cultural activities. If you come between August and December, take note that it is the rainy season in Hue. Therefore, you may need to bring a raincoat or umbrella with you in case it rains.

How to get to Hue?

From Da Nang and Hoi An

If you’re traveling from Da Nang city or Hoi An old town, it is super easy to make a day trip to Hue that covers many must-see destinations in this former capital of Vietnam.

Or you can even catch a low-cost shuttle bus or ride a motorbike to Hue, which take you only 2 – 3 hours if you want to explore this charming city at your own pace.

Inspitrip also offers private transfer service from Danang to Hue that helps you travel comfortably and more pleasant. Just sit back and relax in the comfort and privacy of your vehicle with your skilled driver. Our air-conditioned, high-quality car fleets are always ready to transfer you at any time.

Apply code ‘GO10’ to get 10% off for all experiences from today!

Hue city has its own airport named Phu Bai that you could easily reach by taking a domestic flight from Ho Chi Minh City or Ha Noi. Vietnam Airlines, Jetstar Pacific and Vietjet Air are the three airlines that operate multiple flights per day.

Getting around Hue City

From your hotel in Hue, there are many options that you can choose to get to Hue Citadel. You can catch cyclos, bicycles, motorcycles, taxis or even dragon boats. From the south bank of the Huong River, pass Trang Tien Bridge and Phu Xuan Bridge, then turn into Quang Duc Street.

Information on the destination

Book a day tour and visit Imperial citadel now. Going to the Imperial Citadel is a must when visiting Hue, Vietnam. The Hue Citadel plays an important role in keeping Vietnam’s history strong and introducing the beauty of Vietnam to the world. ﻿ 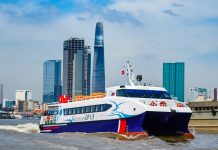 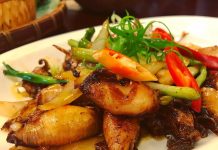